Home > English > Pokemon Go will not change the world. This is why.

I went out to a park yesterday to try out Pokemon Go. It is the biggest global hit of computer gaming of last few days. At first I thought that this game changed everything. Does it really?

We caught few Pokemons using augmented reality. It felt so real, like the Pokemons were really there, hiding in parks, squares and streets. To play the game, you have to walk around the real streets of your city. You find Pokemons and then bring them to gyms and train them for fighting.  It was such a new experience o of connecting virtual reality and the „real reality“. 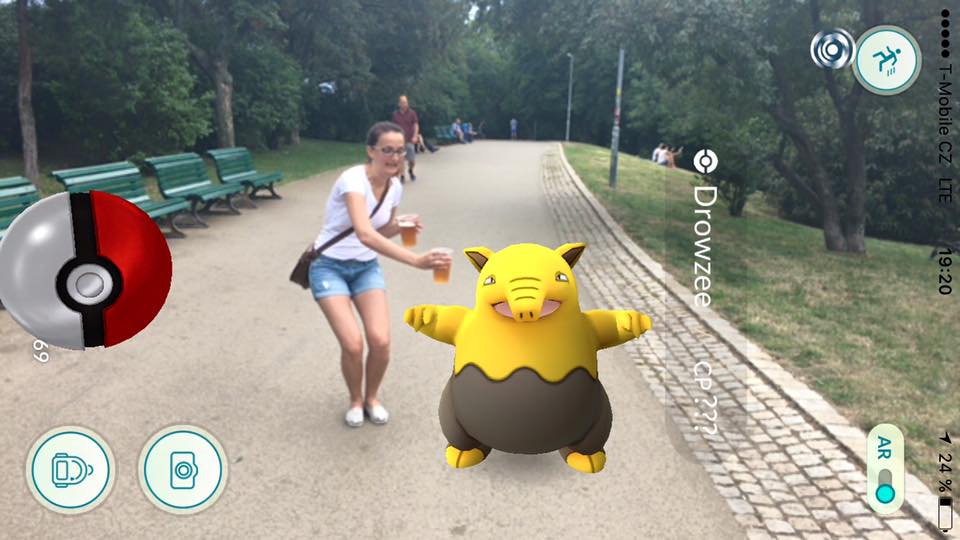 It gets big. Nintendo market cap rose by 11 billion USD in a week after releasing this game. There are more Nintendo Go players than Tinder users. Twitter might be the next network to surpass. But what will happen next? Adults in western world will probably drop the game after few days, but the children will keep playing:

A century ago, adults discouraged kids from reading fiction. It was considered a waste of time that keeps children from healthy activities, like playing outside.

Now, reading fiction books is considered a noble hobby for both kids and adults.

Doesn’t it sound familiar? The children are all the same, living in a fantasy world. Their eyes are not glued to books anymore, but to tablets. I do not see this harmful any more than a book. Yet, I would still prefer that my children would read books.

One day, there will be a new generation of entertainment, detested by the old generation. Running around looking for Pokemons may be considered as a traditional, noble hobby.

Pokemon Go is not the first augmented reality, but it shows one more thing: Successfull innovations use something that people know and like and connect it in novel ways.

What do you think? When are we going to get augmented reality Minecraft?